SuperRare (RARE) Price Surges Over 140% in a Week 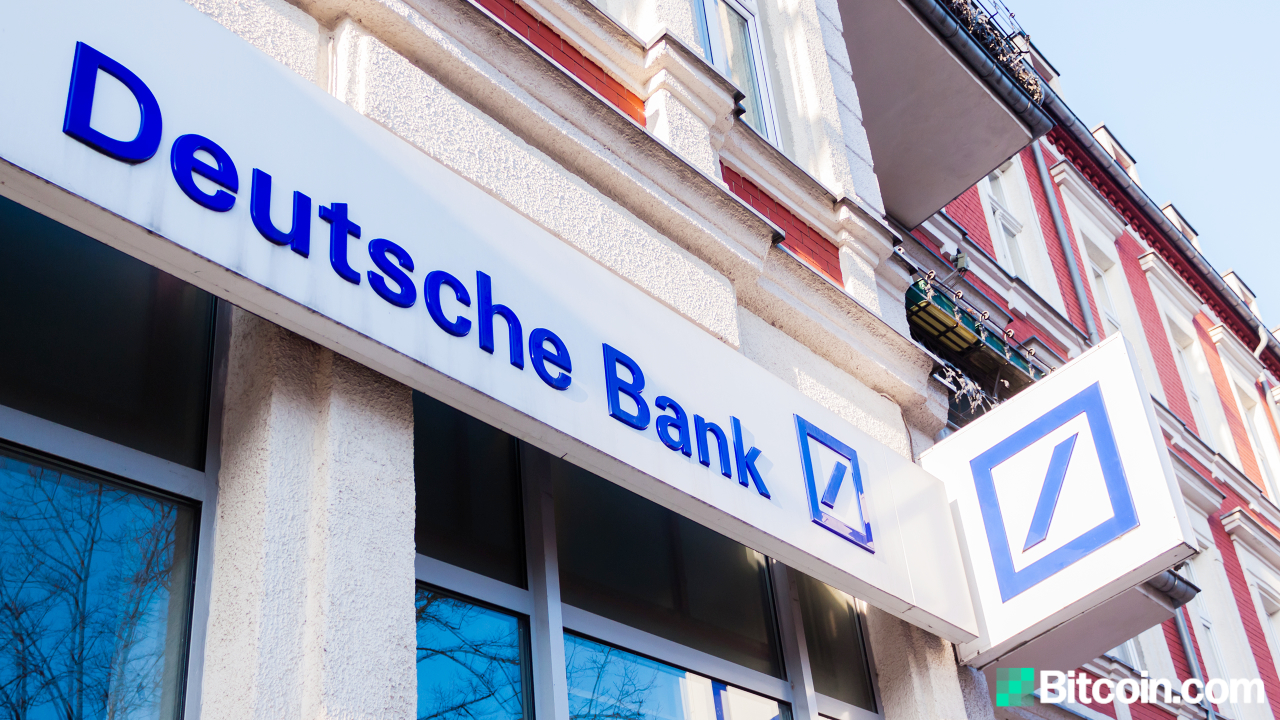 Deutsche Bank released a report stating that bitcoin is too important to ignore, noting that it is currently the third largest currency in circulation by total volume. In addition, the bank says governments and central banks know cryptocurrencies are here to stay and are expected to start regulating the sector before the end of the year.

Bitcoin is too important to be ignored

The $1 trillion market capitalization of bitcoin is too big to ignore. As long as asset managers and companies continue to enter the market, bitcoin prices can continue to rise.

At the time of writing, the price of bitcoin was $57,455 and the cryptocurrency’s market capitalization was about $1.07 trillion, according to data from markets.Bitcoin.com.

Bitcoin is the third largest currency in circulation in the world, after the US dollar and the euro. 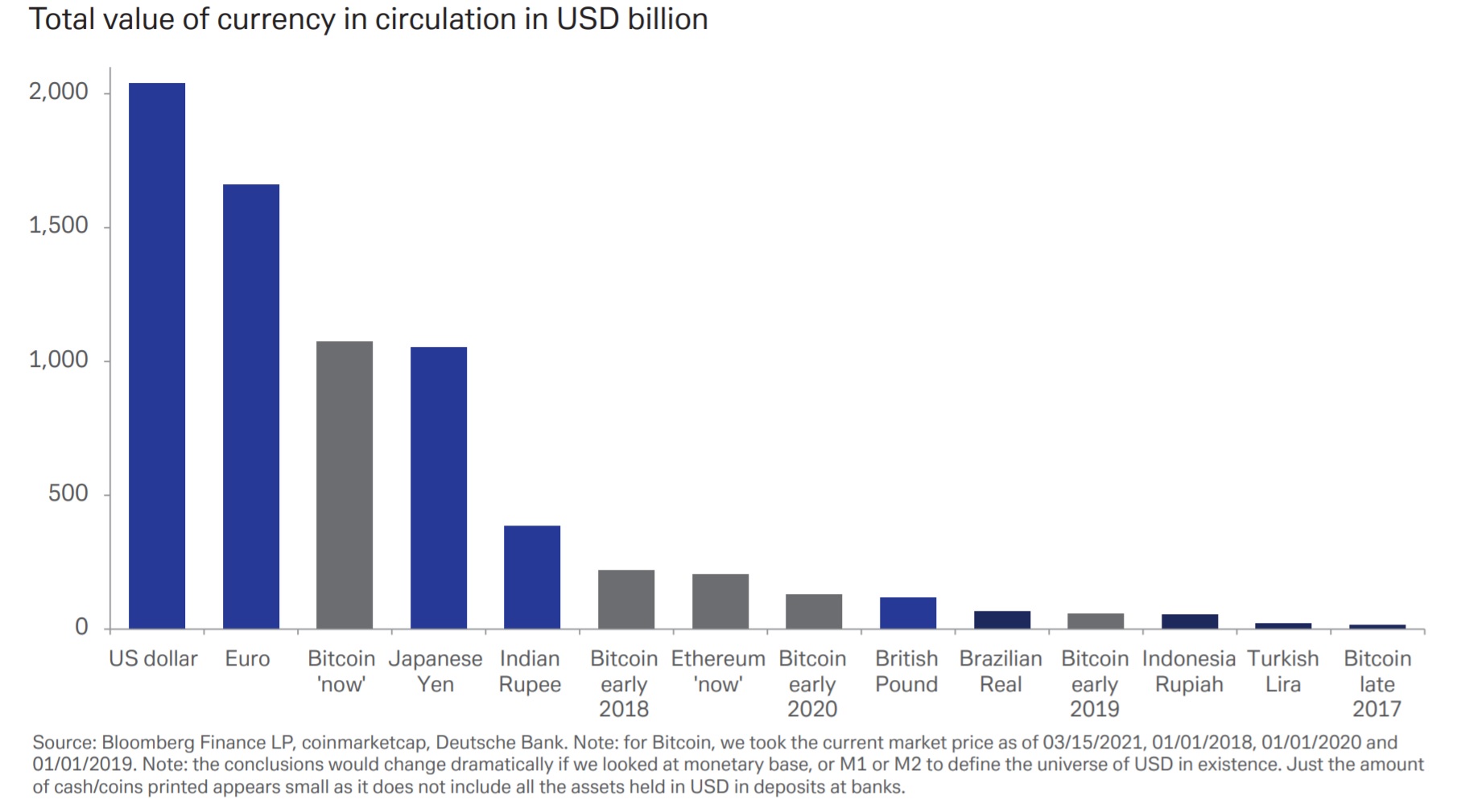 This is mainly due to bitcoin’s huge rise in value recently, the report said, adding that bitcoin accounted for only 3% of US dollars in circulation in early 2019, but more than 40% of US dollars in circulation by February 2021. According to Deutsche Bank Research, the fourth most important currency is the Japanese yen, followed by the Indian rupee.

Laboure said the value of bitcoin will continue to rise and fall based on what people consider valuable. She explained that this phenomenon is sometimes called the Tinkerbell effect, a recognized economic term meaning that the more people believe in something, the more it seems like it will happen, based on Peter Pan’s claim that Tinkerbell exists because children believe in her existence.

Moreover, according to a Deutsche Bank analyst:

Central banks and governments have recognized that cryptocurrencies are here to stay, so they will likely begin regulating crypto assets later this year or early next year.

Laboure went on to talk about the future of bitcoin. In the short term, she said, bitcoin is here to stay and the value will remain volatile.

In the medium to long term, the analyst says it is unlikely that cryptocurrencies will take up much space as a widely used means of payment, due to the very strong network effect. He further warned that in the long run, bitcoin will need to convert its potential into results in order to continue to develop its value proposition:

In the long run, central banks are unlikely to give up their monopoly. And as long as governments and central banks exist and have the power to regulate currencies, there is little room for bitcoin – as a means of payment – to replace traditional currencies.

What do you think of Deutsche Bank’s opinion on bitcoin? Let us know your comments in the section below.